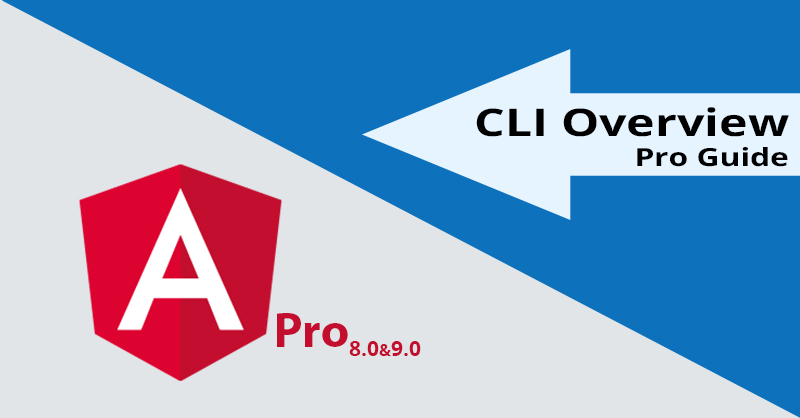 The Angular CLI is a command-line interface tool that you use to initialize, develop, scaffold, and maintain Angular applications. You can use the tool directly in a command shell, or indirectly

through an interactive Ul such as Angular Console.

For details about changes between versions, and information about updating from previous releases, see the Releases tab on GitHub:

to create, build, and serve a new, basic

Angular project on a development serve,

workspace use the following commands:

In your browser, open

http://localhost:4200/ to see the new app run when you use the ng serve command to build an app and serve it locally, the server automatically rebuilds the app and reloads the page when you change any of the source files.

When you run ng new my-first-project a new folder, named my-first-project, will be created in the  current working directory  since you want to be able to create files inside that folder, make sure you have sufficient rights in the current directory before running the command.

space can contain multiple App and libraries. The initial app created by the ng new command is at the top level of workspace. When you generate an additional app or library In a workspace,

A newly generated app contains the

Source files for a root module, with a root

component and template. Each app has a src folder that contains the logic, data,

commands. Use the ng generate

components and services, and Code for new pipes , directives and so on

Commands such as add and generate,

which create or  operate on apps and

libraries, must De executed from within a

angular. json, is created at the top

level of the Workspace. this is where you can set pre-projects default for CLI command options and specify Configurations to use when the CLI. builds a projects for a different target.

The ng config command lets you set and

Command syntax is shown as follows:

Most commands, and some options, have aliases. Aliases are shown in the

syntax statement for each command.

Option names are prefixed with a

Arguments are not prefixed. For

Typically, the name generate artifact can be given as an argument to the command or specified with the - name option.

Arguments and option name can be given in either camelCase or dash-case. –myOptionName is equivalent to –my-option-name.

option is supplied, the flag remains in its default state, as listed in the reference documentation. Allowed values are given with each enumerated option description, with the default value in bold.

options that specify files can be given as absolute paths, or as paths relatives to the current working directory, which is generally either the workspace or project root.

The ng generate and ng add commands take as an argument the artifact or library to be generated or  added to the Current project. in additional to any general options, each artifact or library defines its own options in a Schematic options are supplied to the command in the same format as

optionally, you can configure the Angular CLI to use Bazel as build tool. For ore information see Building with Buzel.

What is Google My Busines...

Is WordPress is the Best...